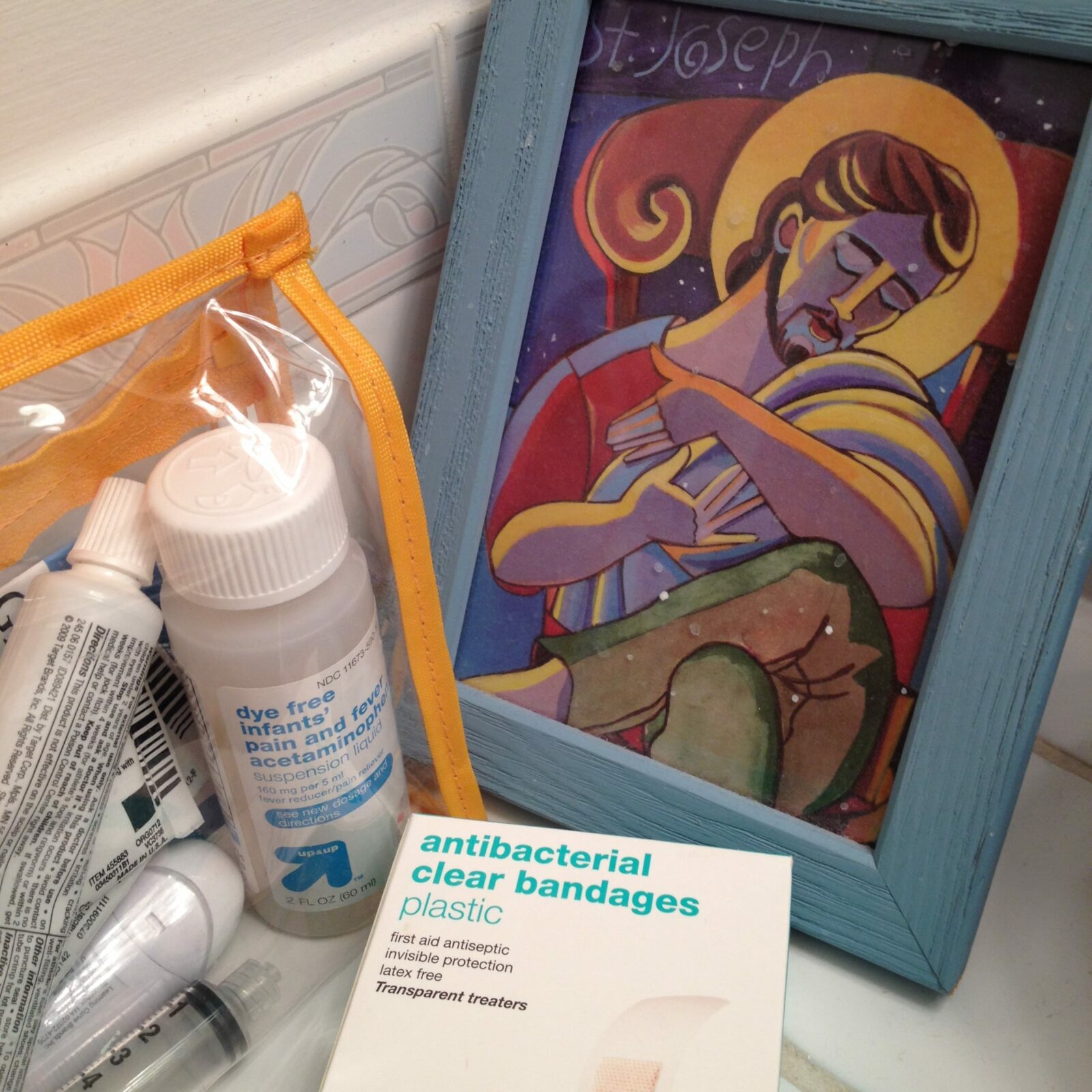 Every week I’ll share a few favorite images around one of the seven Catholic sacraments, to celebrate my new book: Everyday Sacrament: The Messy Grace of Parenting. Follow me on Instagram at @thismessygrace or tag your photos with #everydaysacrament. Let's start seeing sacraments together... . . . Maybe more so than reconciliation, anointing of the sick is the hardest sacrament to capture in image. Because it is blessedly removed from my life right now. Every day I think about the gift of three healthy children. They get runny noses, spike teething fevers, toss and turn the rare restless night with a stomach bug. But thus far their well-check visits to the pediatrician have been routine and uneventful. So many parents I know do not take this for granted. Babies tangled in IVs in the NICU, toddlers stretched out on the surgeon's table, kids struggling through school hallways in wheelchairs, teenagers wrapped in heaps of quilts on their deathbed. There is no promise that … END_OF_DOCUMENT_TOKEN_TO_BE_REPLACED

I could tell the story of my week like this: For the first time since I became a parent, I spent the morning cleaning vomit out of the crib. (At which point I would pause while the Interwebs finished laughing at me. "Seriously?") And that would be true. Because in some strange stroke of luck, we've never had a stomach bug tear through this house in the almost-four years since we've had kids. Sure, we've had common colds and croup and thrush and other typical childhood ailments. And we've got at least one boy who's prone to car-sickness, so we've wiped up car seats and coats aplenty. But never before had our doorstep been darkened by the Evil 24-Hour Stomach Virus, as sponsored by Lysol and the sanitizing cycle on the washing machine. I know this sounds naive. And trust me, ever since I became a mother I've been waiting for the other shoe to drop, the quintessential moment when I would wind up catching some kid's puke in my cupped hands and realize, while choking back my own gag … END_OF_DOCUMENT_TOKEN_TO_BE_REPLACED

Last night in the dark we were praying. What else?

“Resurrection can only happen when there is a co

Ready for an honest #fridayintroductions ? My nam

Prayers for Worn-Out Parents. Raise your hand if

Today is my half birthday. I have never celebrate