Mary of the Third Trimester 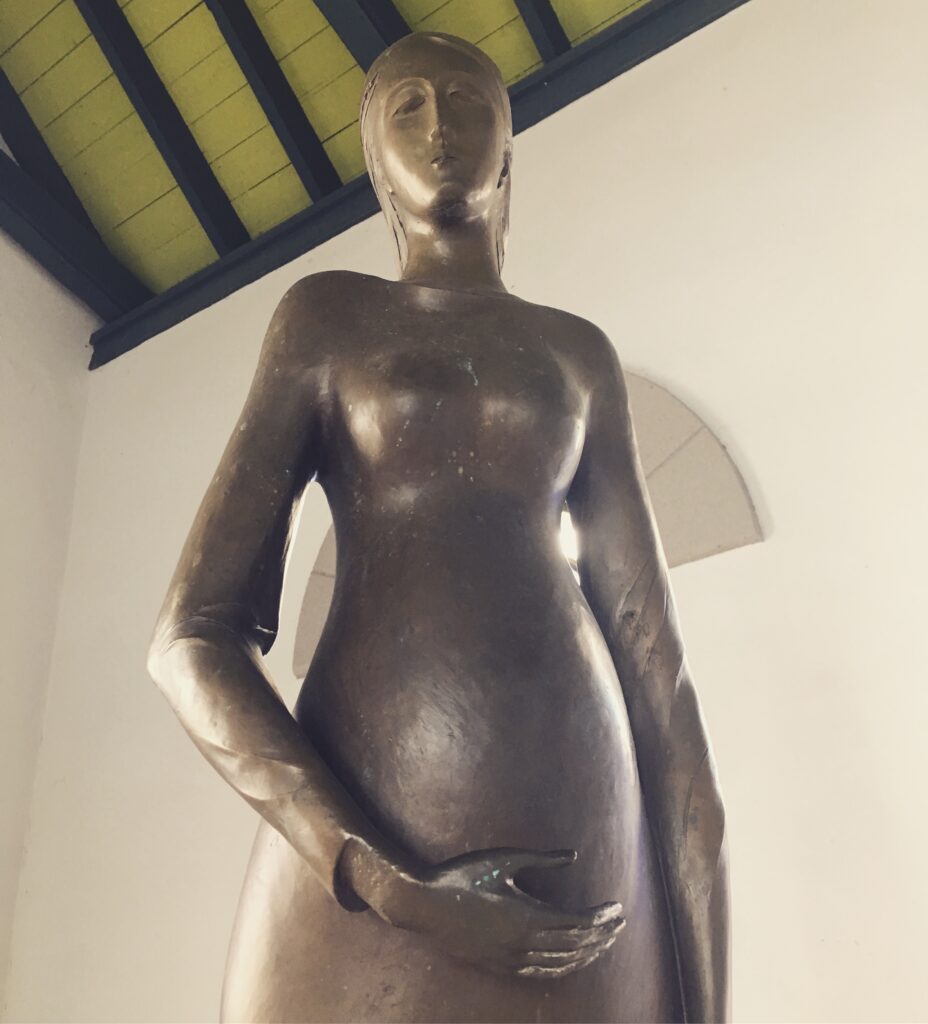 I wonder how she felt in the final weeks.

Whether she was tired of carrying, exhausted from the extra weight and the swollen ankles and the restless nights and the ceaseless kicks. Or whether she loved wondering about the mystery of this babe, watching the strange, sudden stretch of skin across her stomach, limbs pushing out into every corner of their shrinking room, hint of the him they would become.

I wonder if she knew the time was coming. Even if hers wasn’t the customary calendar to count by, could she feel the readying, both the baby’s body and her own preparing for the passage ahead? Or perhaps she was surprised to find the end drawing near, one more shock piled on the growing heap of expectations set aside for another’s plan.

I wonder how she spent the last few days. Whether she sought the wisdom of women who knew, her cherished circle of a trusted few who hadn’t fled when the rumors flew. Whether she drew strength from their stories of passage, their steadying counsel and sage advice. Or whether their tales terrified, her body still so young itself, barely strong enough to survive what was demanded of her. I wonder whether she wanted to be alone or whether she confided in companions. Whether she prayed to her God in the darkest moments, or whether she spoke softly to the stranger-turned-spouse now strong and silent beside her.

I wonder if she loved being pregnant. One of the lucky few who glow as they grow, who glide easy through the months, who marvel at the wonder. Or whether she struggled with the weight and constraint of what was asked of her, to sacrifice so much so young—her plans, her love, her reputation. Maybe she was restless for the end, waiting for what’s next, wanting to be free of the burden of bearing. Maybe she was ready to push.

Or maybe she sensed, deep down, deeper even than dropping baby ready to birth, what was being asked of her. That she would have to give him up, her child, her baby, her precious only baby, give him up to more than the world outside the womb or the darkness outside her door. That she would have to birth him into the beginning of the end, a pain that cut deeper than pangs of birth, a wound that would only grow until the most terrifying transition, the final contraction of her heart and body wrenched in two as she watched what the world would do to him, wailing and weeping for God, screaming as mother-son both suffered—all according to a plan she herself set in motion with a whispered yes.

That redemption itself would rip him from her arms.

And bearing all this along with the baby weight, knowing just enough to hold all these truths, treasure them in her widening heart, now and ever-after beating for two, maybe she wanted to cradle him close, keep him safer than he could ever be again.

For a few weeks more.